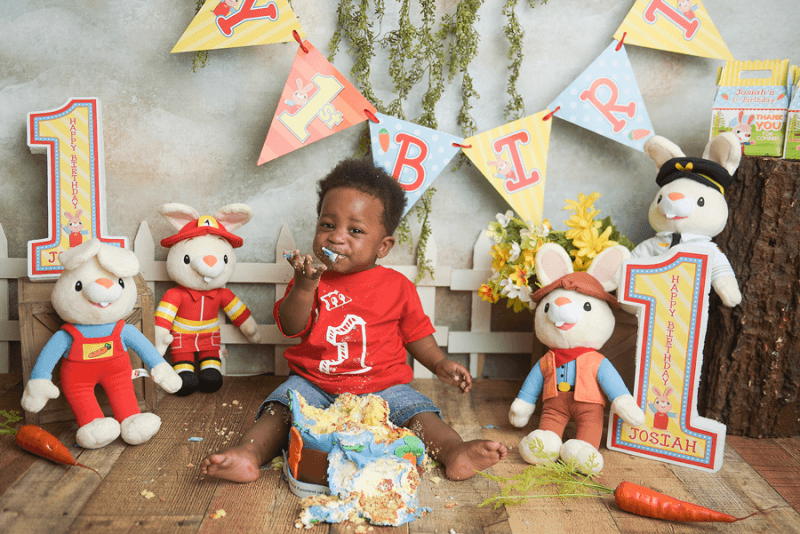 About two months ago, a young lady called me to ask about the cake smash session for her son. She wanted to get general information, the price, etc. Her theme for her sons cake smash was Harry The Bunny. I have four kids of various age groups. My older two get a kick out slime and/or play-by-play videos from you tube, and younger two are still entering the cartoon age. I know Dora the Explorer, Mickey Mouse Club House, Sesame Street,etc…. !, but Harry the…. who???

This is where I ask the mighty google search engine – Who is Harry the Bunny? LOL I did a little research into the topic, we touched base again and scheduled the session. Normally, I like to plan for my sessions, prepare for them and eliminate as many variables as possible and hope that the young model, will do great; in this case, with short notice session, I really didn’t have much time to prepare but was willing to work with these wonderful parents, because number one, they were very nice and number two, they had many props for the scene already as they were preparing for a Birthday party (like I mentioned earlier, I like to prepare for my sessions). I still did my trips to pick up few things and make few props for the setup.

They arrived on time, while one of the parents was filling out the paperwork, we added last minute personal – Harry the Bunny – props and were ready to go. Like all First Birthday Full Sessions, there are four components to it. Did I mention yet that Josiah was amazing to begin with? If not, then he was AMAZING.

We started out with royal blue and gold Mr. ONEderful royal scene. His parents mentioned that he was typically a serious little guy but he gave me some great smiles which made my day for sure!! 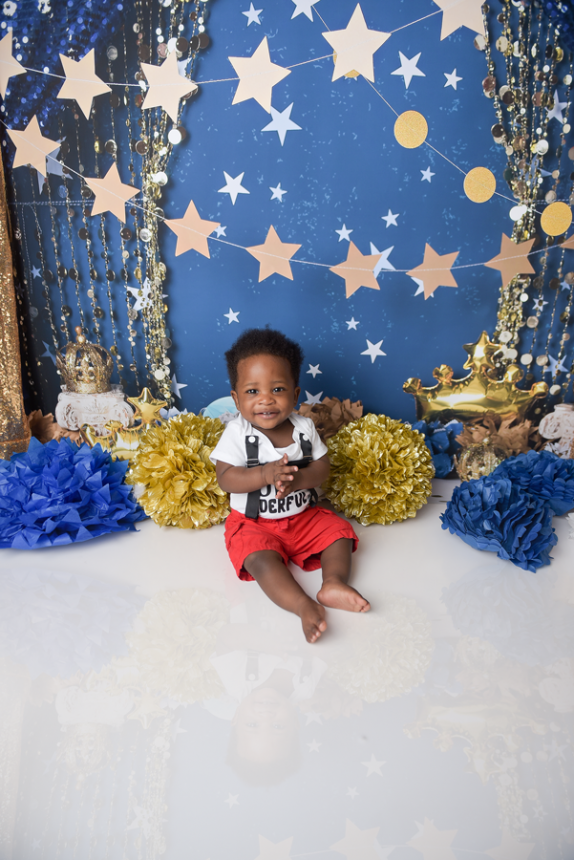 When Josiah first started smiling, I knew that he will rock his session.

For the second scene, we did the Harry the Bunny scene but without the cake at first. Many babies just don’t like cake, go figure! Just to be on the safe side we took some pre-cake smash images in case the little guy would not be all into it. 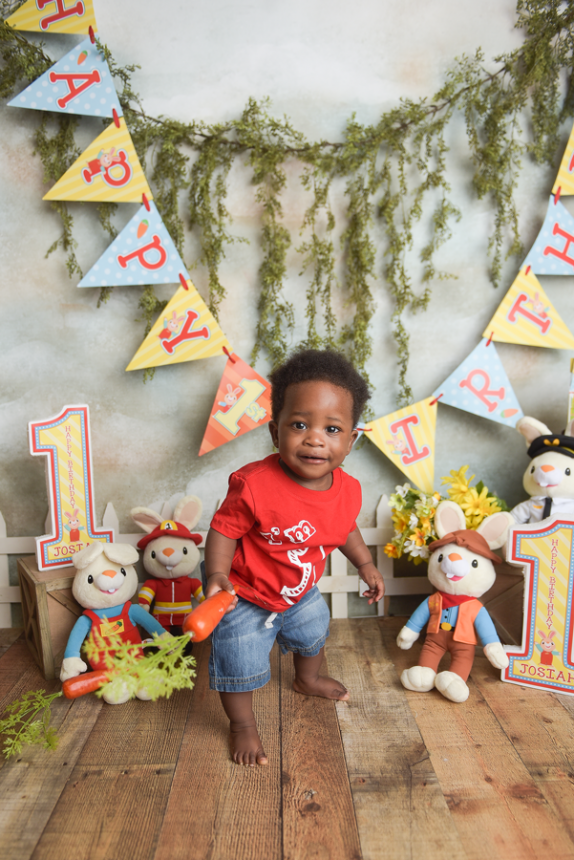 Josiah didn’t disappoint us at all. After few minutes here, we introduced the beautiful Harry the Bunny themed cake his aunt made for him.  It went perfectly with the entire scene. 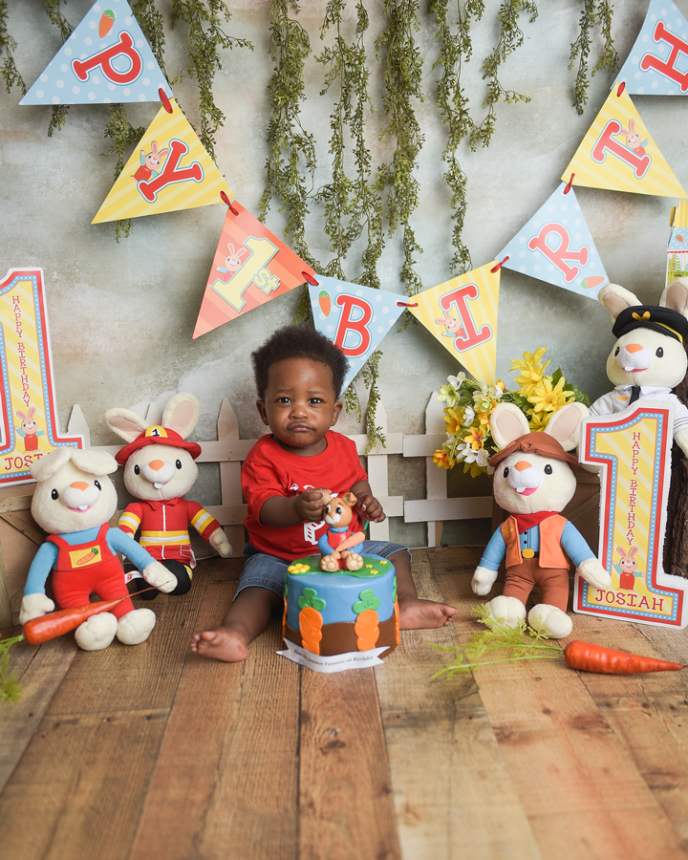 Still not sure it was delicious? 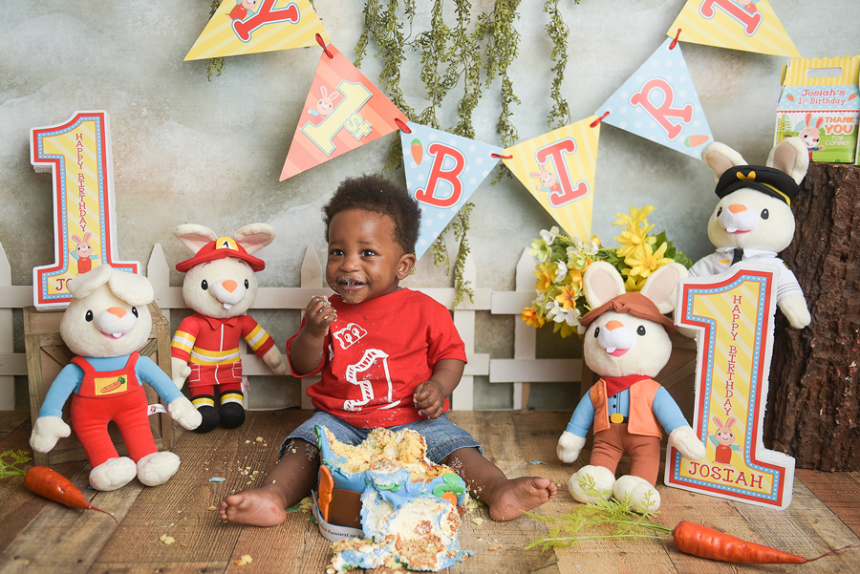 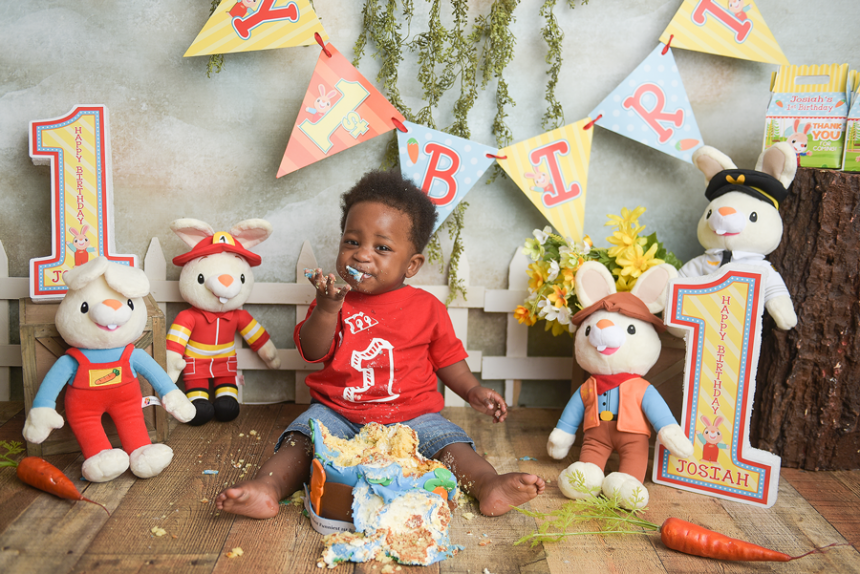 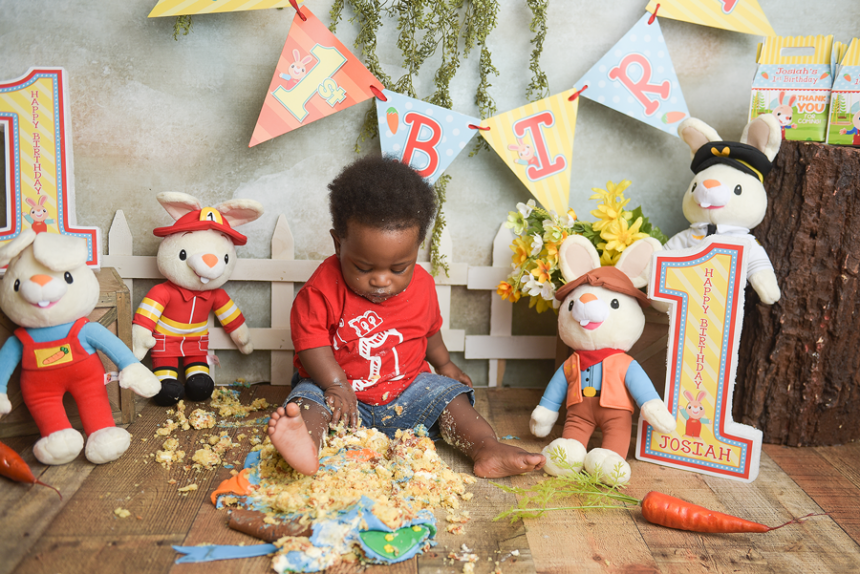 Josiah, proved few points to us and his parents. First and foremost, cake was delicious (keyword, was). Second, he loved the cake and third, he has no problems getting down and dirty to get the job done 🙂

After quick wash down, we proceeded to the forth part of the full cake smash session, and that is the bath time. 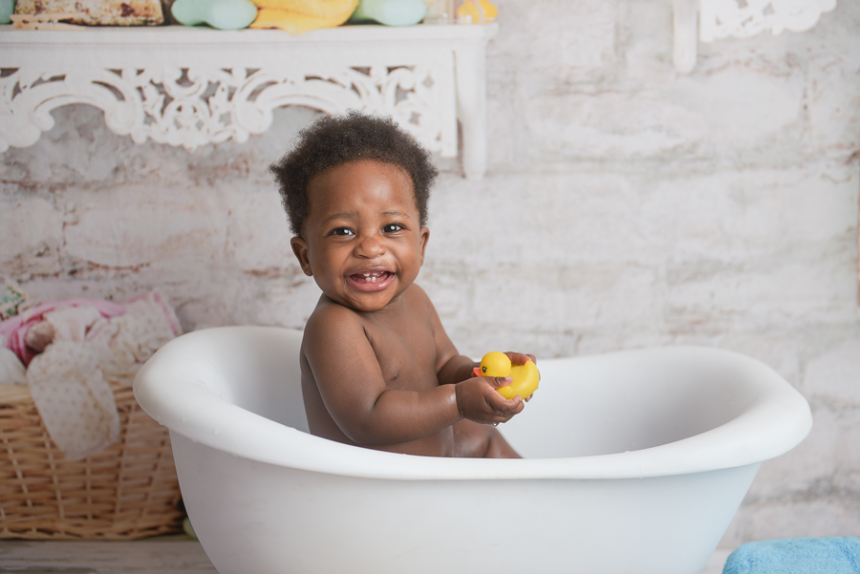 Josiah didn’t disappoint us at all and continued giving us amazing smiles.

We had a great time photographing this little guy and learned a new cartoon that I can show my kids.