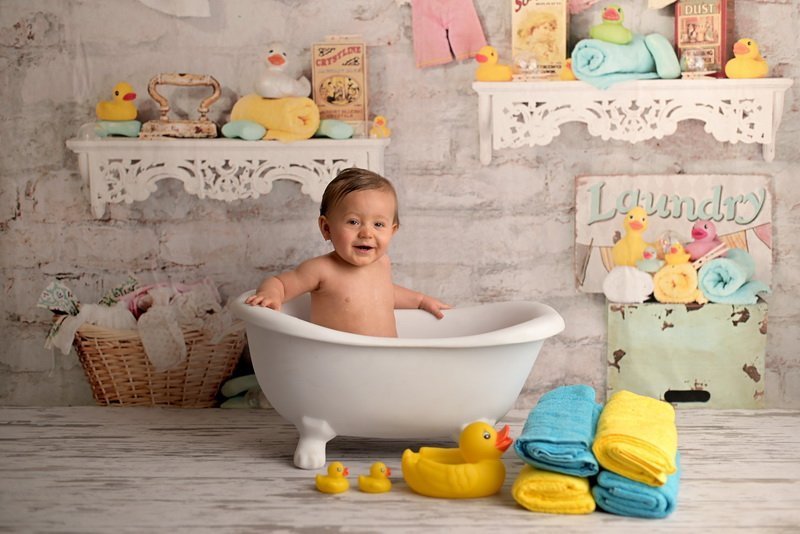 The June Season is here…time for graduation, celebration and growing up. Here at Picture Perfect NY, we are also celebrating graduation, of sorts. It was a year ago, we were contacted by Mom and Dad about scheduling a newborn portrait session. They had one request though… everybody in the family are huge fan  J. K. Rowling’s Harry Potter. They arrived for the session, after discussing the details, we started to have fun.

We captured the parents, captured all of the kids 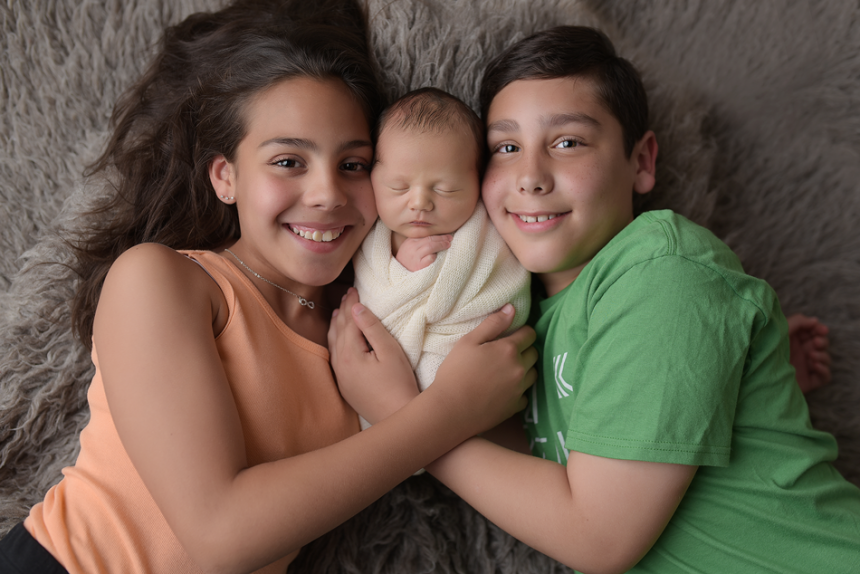 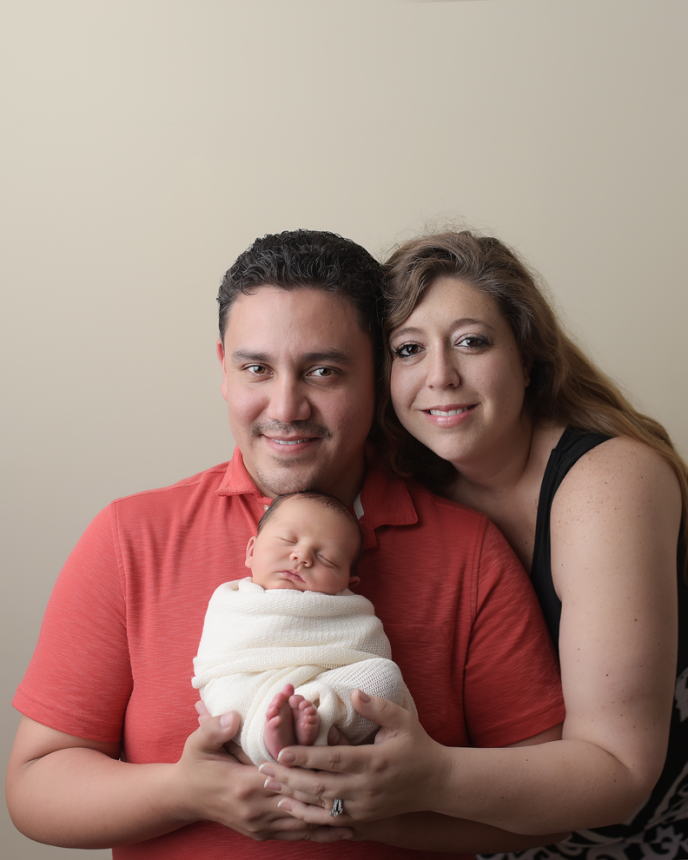 …and moved on to Mikey. The goal from the session was to capture him as well as incorporate Harry Potter props. Many of which were part of his nursery that is Harry Potter themed. 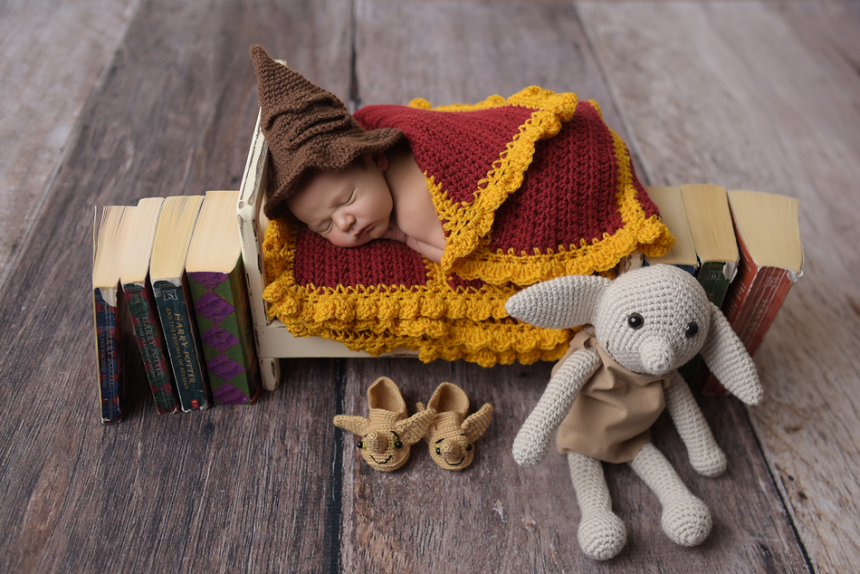 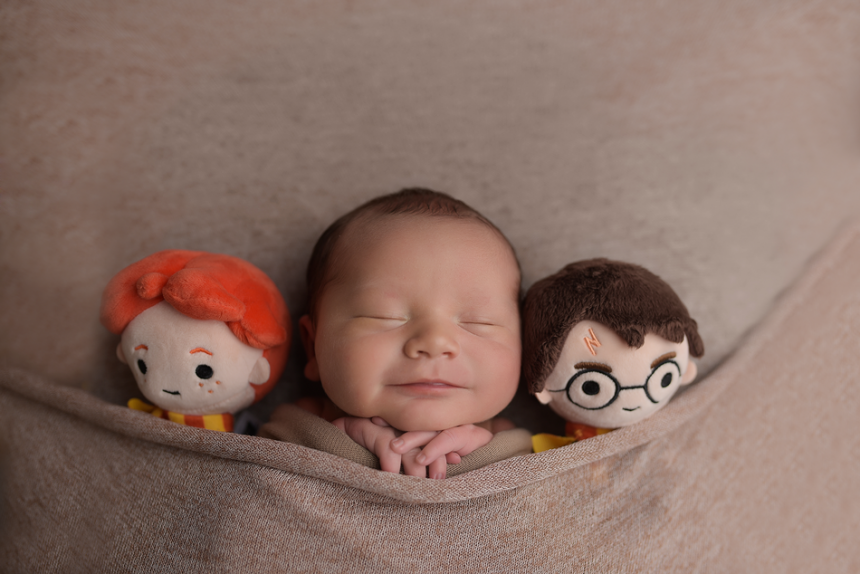 After the newborn session, parents signed up for the Watch Me Grow plan, where they come in every 3-4 months and we capture the child’s milestone.

At the three months milestone session, we concentrate on tummy time poses and baby on the back. We incorporated Harry Potter custom backdrop along with props that parents brought. 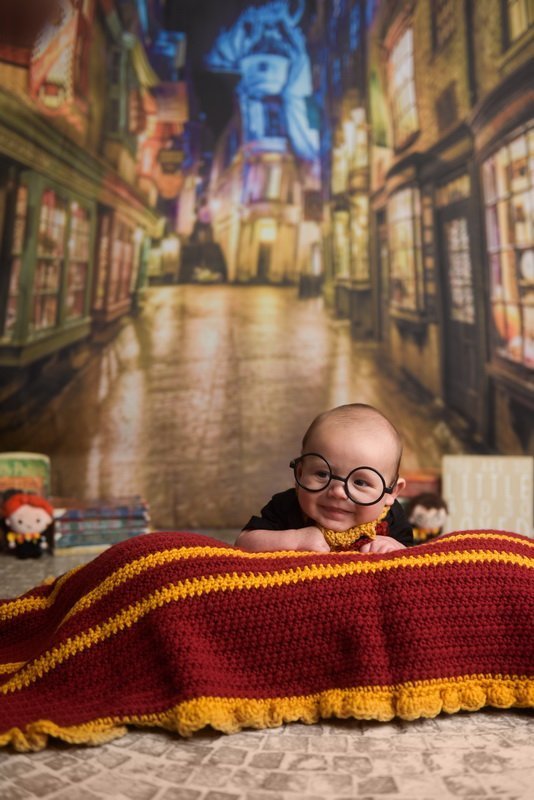 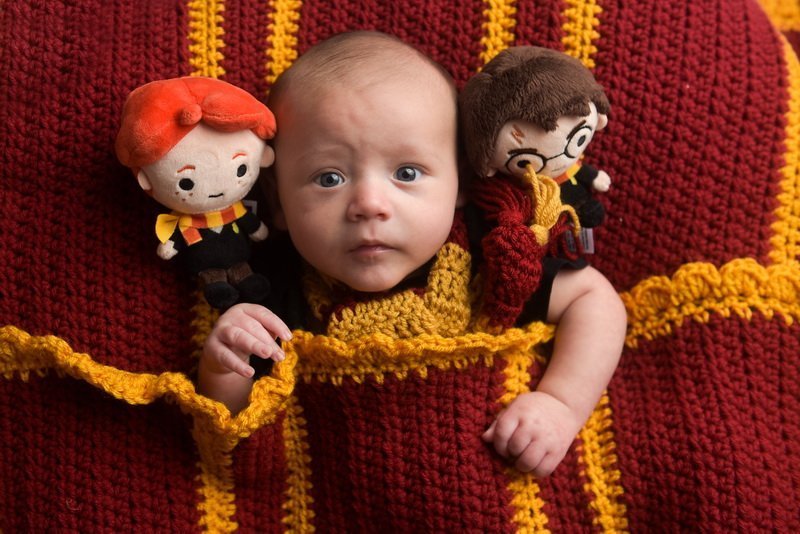 Six Months Milestone, is concentrated on the baby sitting and we do tummy time as at this point baby is stronger. At this age, kids are expert pushing up on their hands in the plank positions and start to sit. As before, parents brought their props and we incorporated custom Harry Potter themed backdrops. 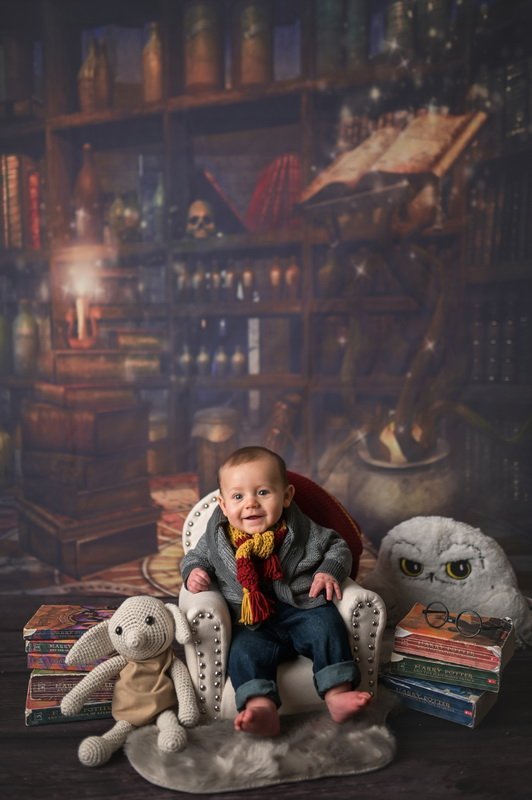 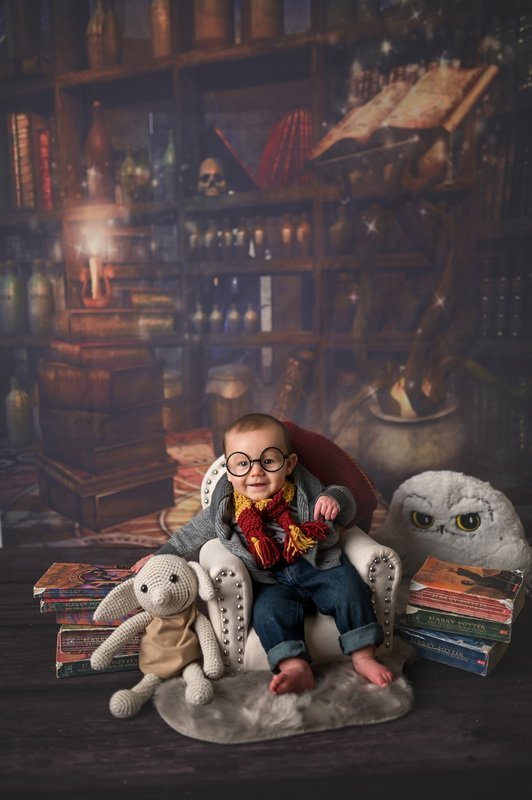 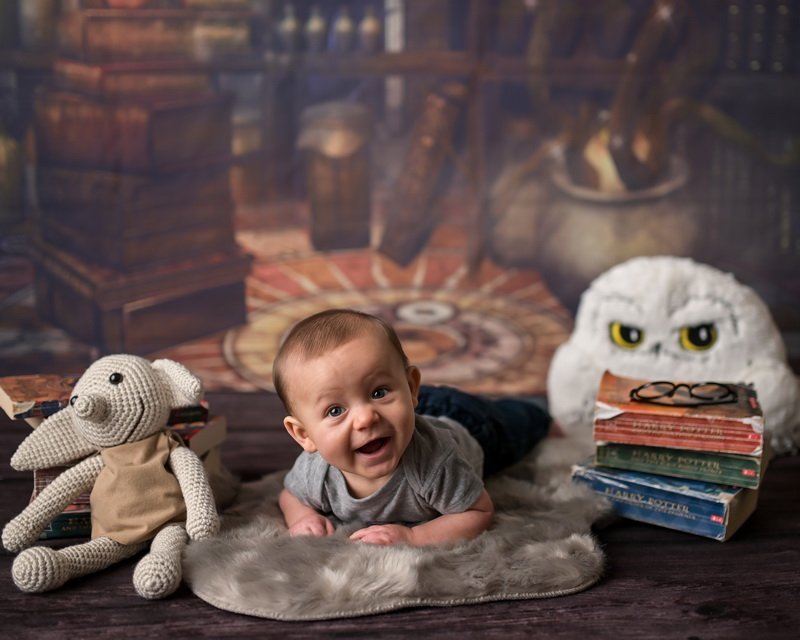 The nine months session, we concentrated on the Harry Potter theme, along with Garden Spring Setup for boys. As seen below Mikey has mastered sitting. 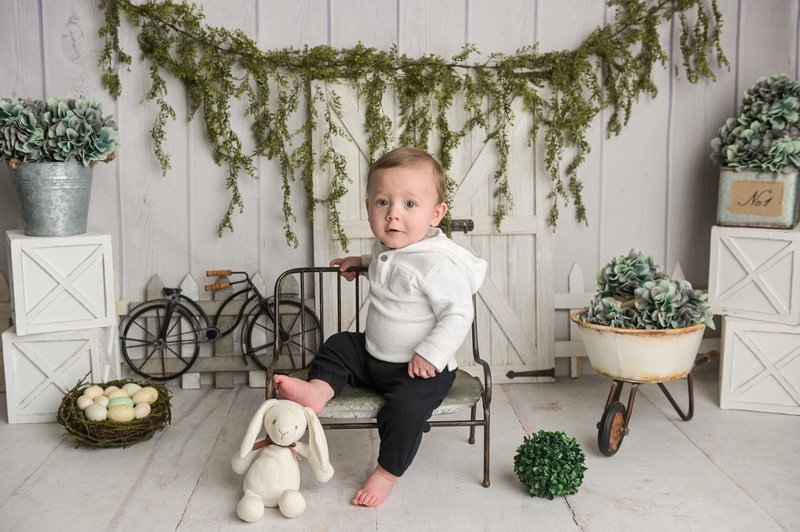 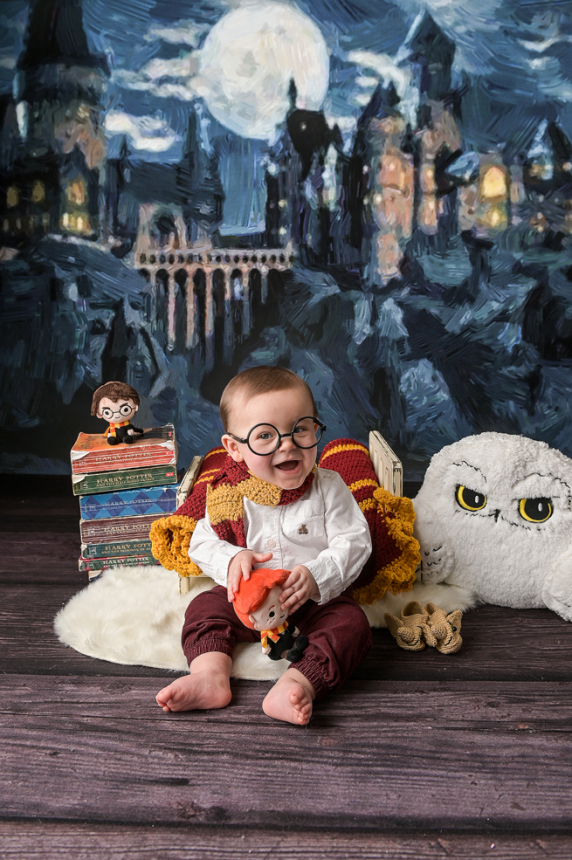 First Birthday Cake Smash Session was directed towards Harry Potter Theme. This time, we’ve built the set from using Harry Potter props/colors, banners, balloons and of course a custom cake which Mikey just LOVED! He ROCKED his cake smash session. He enjoyed his bath after the smash as well.  It is bitter sweet that Mikey has graduated from his watch me grow project it was such a pleasure working with him and his family! Happy Birthday Mikey!<3 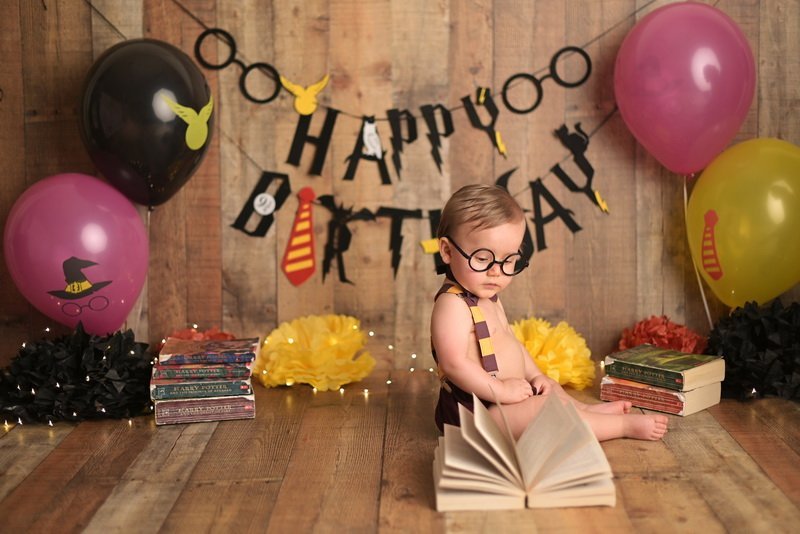 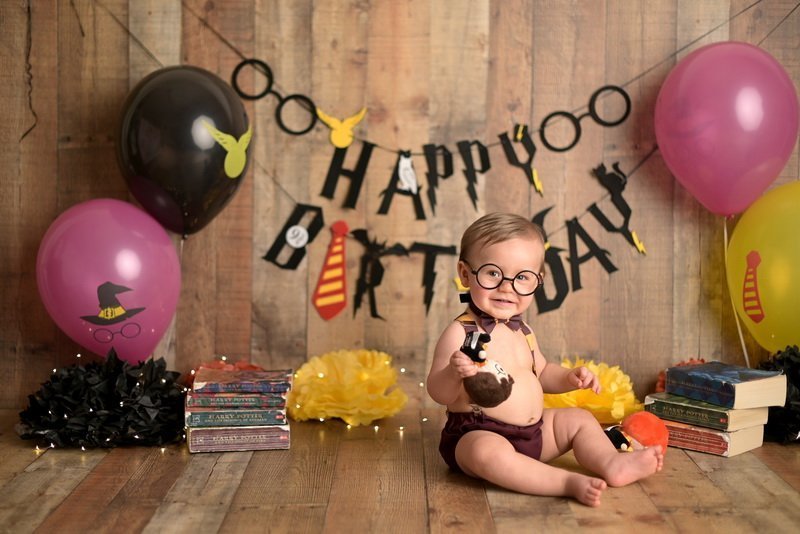 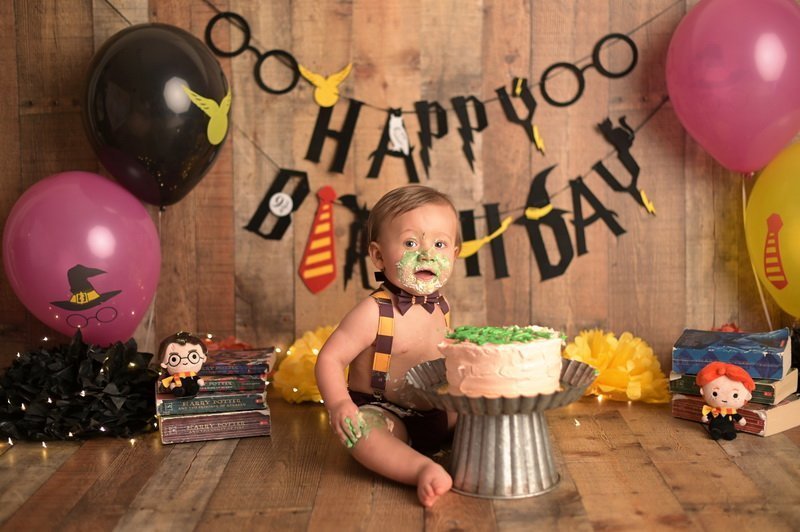 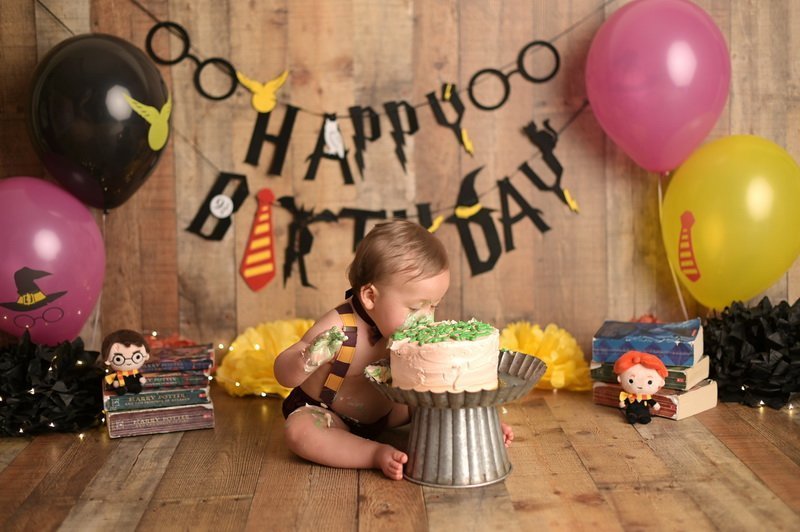